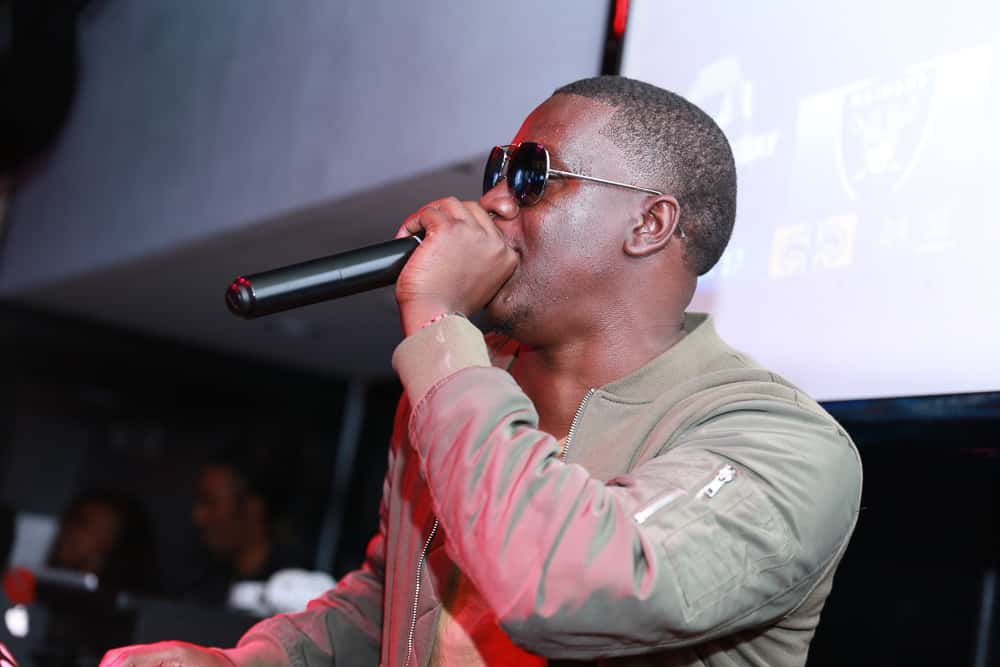 Radio Career: DJ 901 began his radio his senior year at Tougaloo College. Also, he began at WRBJ providing a 25-min mix show in the Jackson-Metropolitan area. 901 credits his start with beginning to DJ parties at an early age as a freshman. After his junior year, 901 picked up more radio time with his popular RnB show ” Whispers In The Dark” which airs Sunday- Wednesday. 901 also has multiple hip-hop/ Rap mix shows Friday- Saturday & in other markets. 901 sees himself as a role model to younger kids interested in the music business & radio and always takes time to give back to the community and Jackson Public Schools. Currently, 901 assists with the stations programming under the direction of Operations Manager and radio veteran, Kwasi Kwa and all forms of digital aspects of WRBJ-FM.

In his spare time, he mentors to inner-city youth. He is also a board member of the Big Brothers and Big Sisters of Mississippi’s Metro Council. People that have influenced him are Scrap Dirty & Kwasi Kwa of WRBJ – Jackson, Devin Steel, Colby Colb “Radio-One” Derrick Baker, Terry Monday, VP/ Programming of Perry Broadcastings, Talus Knight, APD at WEDR and DJ Cain PD -96.5 The Box in Little Rock.

Things you might not know: 901 was a highly recruited athlete in high school. Being offered several scholarships to many NCAA D1, D2 and NAIA schools. 901 enjoys reading, listening to music, and of course, you can catch him moving the crowd and blasting your radio. He is also a proud member of Kappa Alpha Psi Fraternity Inc.! He also received his Master’s Degree in Leadership from one of the top 50 schools in the country, Belhaven University.

Jorja Smith Returns With ‘be Right Back’ Project

Tank Reveals He Is Going Deaf In One Ear, Losing Sound In The Other

Source Sports: Sports Betting In California, New York, Texas Could Be Coming Sooner Than You Think

Source Sports: Jake Paul Reveals Why He Confronted Mayweather And Stole His Hat

Nicki Minaj, Alicia Keys And More Coming To Mtv’s ‘my Life On Mtv’

Erica Mena Claps Back At Wendy Williams: “at This Point Let’s Link Up So I Can Beat Your Ass”

Black Rob’s Funeral To Be Livestreamed This Friday

Meek Mill Ridiculed For Not Knowing What A Ph Balance Is

Nba Youngboy Denied Bond And Labeled ‘a Danger To The Community’

Steve Harvey Is Set To Host Earth, Wind, And Fire And The Isley Brothers Verzuz Celebration

Dave Chappelle To Require Covid-19 Testing Ahead Of Upcoming Shows

Trina Says She Wants To Do A Verzuz With Lil Kim, Foxy Brown Seemingly Responds

Today In Hip-hop History: The Notorious B.i.g. Dropped His Posthumous ‘life After Death’ Lp 24 Years Ago

Saweetie Admits That She Suffered From Ptsd Following Hot 97 Freestyle

Rich The Kid Arrested For Gun Possession At Airport

Anita Baker Urges Fans Not To Buy, Stream Her Music In Fight For Her Masters

Tekashi 6ix9ine Targets Brs Kash In Clapback: “you Are A One Hit Wonder”

I don’t know about yall..but im ready! JSU football is back and it all starts Sunday at the Vet! Need tix, get them now!