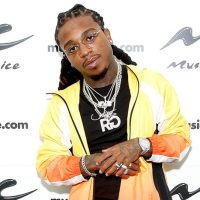 Well.. rapper Jacquees feels disrespected after he didn’t get nominated for a BET award… yeah….

“Hold on…how in the f*ck am I not nominated for a BET Award?” Jacquees asks. He then turned around and looked to a friend off-camera and said, “Bruh, how the f*ck is that possible?” His friend replied that he agreed that Jacquees should have been acknowledged by the network. “What the f*ck? I ain’t gon’ lie. I feel disrespected. Like, maybe I gotta work harder. But how hard you gotta work when you nominating sh*t that don’t even…”

#Jacquees wants some answers from BET. ????