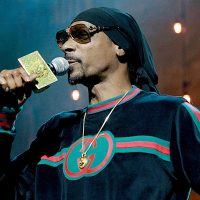 Snoop Dogg achieved another milestone in his illustrious rap career, and he can thank the Almighty for it.

In addition to having a No. 1 album, Snoop has three tracks from Bible of Love charting on the Hot Gospel Songs tally. At No. 20, is “You,” featuring Tribbett, followed by “Saved,” featuring Faith Evans and 3rd Generation at No. 24, and “Blessing Me Again,” featuring Rance Allen at No. 25. Another song from the set, “One More Day,” featuring Charlie Wilson, spent a week at No. 17 on the March 10 chart.

In the meantime, Snoop Dogg is hitting several festivals in the coming months. In April, he will be performing at the Tortuga Music Festival and in May he’ll rock the mic at both the Grizzly Fest and BottleRock Music Festival. For a list of his tour dates head over to Songkick.com.

For more more information and the original story visit http://theboombox.com/snoop-dogg-first-no-1-billboard-gospel-album-bible-of-love/