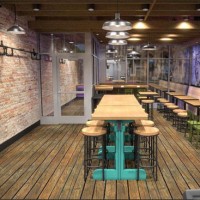 Where was this when I was at Tougaloo?? San Francisco is lucky! Read more below. Taco Bell plans to introduce a new location in San Francisco that will serve beer and wine.

While some of the flavors and price points will be the same, the forthcoming Taco Bell at 710 Third Street won’t look like other locations. And it’ll get you tipsy.

“As part of our expansion into new urban markets, we’re building a completely new Taco Bell concept and design in San Francisco,” a representative for Taco Bell told Hoodline in an email. “The new restaurant will feature the same craveable, affordable, Mexican-inspired tastes at Taco Bell, along with a new line of appetizers, beer and wine.”

The representative offered no prospective opening date for the new San Francisco location.

NBC Chicago reported that the Windy City will be the first in the country to get an alcoholic Taco Bell, likely as soon as this summer.